The following question was posted – HERE –

Shaykh Muqbil bin Hadi al-Wadi’i’ has written a 400 page book entitled “Nashr al-Sahifa fi Dhikr al-Sahih min Aqwal A’immat al-Jarh wa al-Ta`dil fi Abi Hanifa” which is jam-packed with criticism on Abu Hanifa from the Salaf. There are over 100 reports from the Salaf which state that Abu Hanifa was unreliable, especially when it came to the field of Hadith and Muqbil provides authenticated isnads for all of these reports. Why haven’t Hanafi scholars responded to Muqbil’s work, seeing as it was published in 1997. Do Hanafis concede that Muqbil is right and Abu Hanifa is unreliable?

Insha Allah, it will soon be digitized and uploaded on darultahqiq.com 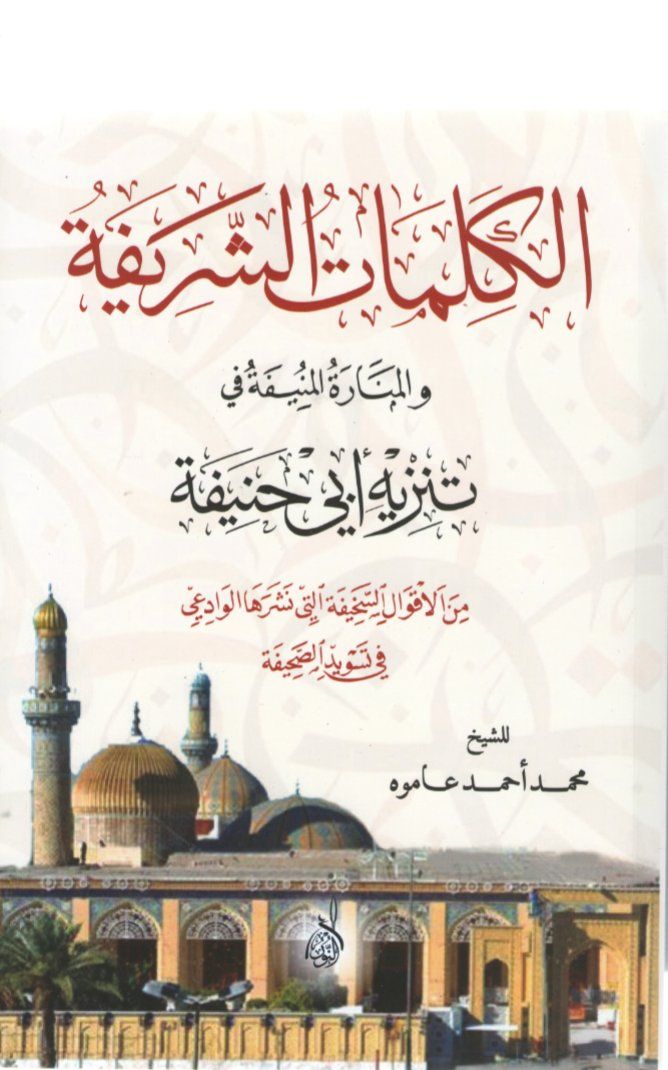 In the mean time one may refer to the following reply to al-Albani and his supporters in English:

All praise is due to Allah, the Patron of the pious and the righteous. May the most complete and enduring prayers and blessings be upon the Messenger of guidance and the Imam of the pious who is sent as a mercy to the worlds, and upon his family, his companions, and his beneficent followers until the Day of Judgement. Ameen!

This is a beneficial, precious, glorious unique book titled “Abu Hanifa’s High Rank in Hadith” written by the late Muhammed Abdur Rashid al-Nu’mani (may Allah protect him [1]) who was a great investigative scholar, critic, and Hadith Master. He held the post of Grand Shaykh of Hadith and its sciences at the University of Al- Ulum Al-Islamiyyah in Karachi, Pakistan. This school was founded by our teacher, magnificent scholar, Hadith Master, jurist of applied and theoretical law, Al-Mahasin Al-Sayyid Muhammed Yusuf Al-Hussaini al-Banuri – may Allah have mercy on him.

They authored long books narrating the virtues and excellence of Imam Abu Hanifa, stating his greatness and stature as an [Independent] Jurist. They defended the Imam against disgraceful and envious insulters.

Since the disease of the belittlement of the rank of Imam Abu Hanifa in Hadith has become epidemic in some Arab countries [3] where [earnest] readers are seeking access to refutational publications like this in order to counter accusations of the [smear] campaign against the Imam, we introduced this book to inform people about what the [true] masters of Hadith Science and Jurisprudence have to say about him. This work strives to serve as a lighthouse for those who seek guidance and as a reminder for those who are dreadful partisans. Verily Allah is the guide to the straight path and may the prayers and peace be upon our Prophet, Messenger and Master Muhammed and upon his family and companions, all of them. All praise is due to Allah the Lord of the worlds.

1 At the time Shaykh Abd Al-Fattah Abu Ghudda was preparing this book for publication in the Middle East, the author was alive, but now both the author and the editor passed away. We ask Allah to cover them both in His mercy and turn their graves into a garden of Paradise. Ameen! [Tr]

2 The dates in this book are based on the Islamic Hijri calendar unless otherwise noted.

3 The said disease is spreading rapidly among the Anglophones and hence we decided to make this brilliant work available to the English speaking Muslims. May Allah accept it from us and make it beneficial for those seeking the truth. Ameen! [Tr.] To download the work please click – HERE