He is the Imām, prolific Hadith memorizer, and authority, Jamāl al-Dīn Abū Muhammad ‘Abd Allāh ibn Yūsuf ibn Yūnus Ibn Muhammad al-Zayla‘ī[1] al-Hanafī, one of the leading Hadīth experts of the 8th century, which brimmed with experts of Hadīth who revived the path of the earlier scholars vis-à-vis memorization, scope, and analytics. Biographers disagree on his name and his father’s name: is it ‘Abd Allāh ibn Yūsuf or Yūsuf ibn ‘Abd Allāh? The first opinion is more preferred, and Allāh knows best.[2]

Biographers have not specified the year of his birth, and neither have I come across any information to specify it either, but it is, nonetheless, safe to provide a rough estimation. Hāfiẓ al-Suyūtī writes, “the place of his entry is in the following generation. I mentioned him earlier only because his demise was earlier.” The “following generation” referred to in the quotation is the generation of Hāfiẓ Ibn Rajab (736-795 AH), Ibn Musallam (724-792 AH), Ibn Sayyid al-Nās (729-792 AH), and others. It is therefore not farfetched to assume that Hāfiẓ al-Zayla‘ī was born in the vicinity of 720 AH. A further indication of this estimation is that Hāfiẓ al-‘Irāqī would accompany him in research while sourcing the hadīths of al-Ihyā, and they would even assist one another; al-‘Irāqī was born in 725 AH.[3]

In Nasb al-Rāyah, al-Zayla‘ī frequently quotes Ibn Daqīq al-‘Īd’s al-Imām, and in each case, he mentions “the Shaykh said” and not once does he say “our Shaykh said.” Ibn Daqīq al-‘Īd passed away in 702 AH in Cairo, al-Zayla‘ī’s hometown. Furthermore, in several places he quotes al-Sarūjī, who passed away in Cairo in 710 AH, and Ibn Sayyid al-Nās, who passed in 724 AH, from his ‘Uyūn al-Athar; not once does he refer to them as “our Shaykh.” However, he frequently quotes Hāfiẓ al-Mizzī (d. 742 AH) and Hāfiẓ al-Dhahabī (d. 748 AH) and refers to them as “our Shaykh.” To the best of my knowledge, Hāfiẓ al-Mizzī was the first of his teachers to pass away.

Al-Zayla‘ī acquired knowledge from the senior scholars of Fiqh and Hadīth in his time.

The following are some of his teachers in Hadīth: (1) Imām Abū al-Hajjāj al-Mizzī (d. 742 AH), the teacher of the Hadīth experts of his time, who al-Zayla‘ī quotes in Nasb al-Rāyah on a number of occasions. (2) Imām Shams al-Dīn al-Dhahabī (d. 747 AH). Al-Zayla‘ī repeatedly cites his book, Mizān al-I‘tidāl, and at times even critiques him. (3) Imām ‘Alā’ al-Dīn al-Māridīnī (d. 750 AH), who al-Zayla‘ī quotes frequently, but critiques every time.

Acquaintance with, and praise in, the field of Hadīth

Al-Zayla‘ī developed a deep acquaintance with the field of Hadīth and frequently consulted the relevant books. He collected popular and rare, classical and new – relatively – Hadīth works until he developed proficiency in the science. He managed to locate hadīths other experts in the field were unable to locate; Nasb al-Rāyah is a clear testimony to this.

While enumerating those who wrote takhrīj works on al-Hidāyah, the learned Hadīth expert Qāsim [ibn Qutlūbughā] (d. 879 AH) describes al-Zayla‘ī as “the most expansive in scope and wide-ranging in collection.”[4] The erudite scholar al-Laknawī (d. 1304 AH) writes, “His takhrīj work is indicative of his depth in the field of Hadīth and narrator criticism, and his encompassing vision in the branches of Hadīth to the highest extent.”[5] The teacher of our teachers, the authoritative expert, Shaykh Muhammad Zāhid al-Kawtharī (d. 1371 AH) writes, “His takhrīj works bear testimony to his depth and expansive scope in the disciplines of Hadīth in terms of commentary, narrator criticism, texts, and routes.”[6] The Imām of this era, Shaykh Anwar Shāh al-Kashmīrī (d. 1352 AH) went as far as saying, “In my opinion, Hāfiẓ al-Zayla‘ī has better memory than Hāfiẓ Ibn Hajar.”[7] This is the opinion of Shaykh al-Kashmīrī, and Allāh knows best.

His works are few in number. This is possibly because he lived a short life. Despite this, the written legacy he left behind is a sufficient source of provision and pride. The biographers mention only two books, and I came across a third.

The first is al-Is‘āf bi Ahādīth al-Kashshāf where he sourced the hadīths of al-Zamakhsharī’s Tafsīr al-Kashshāf. In Nasb al-Rāyah, he expressly mentions this book with the aforementioned title, and in several places, he alludes to it without naming it. That he mentions the book in the first volume of Nasb al-Rāyah demonstrates that it is an earlier work, or alternatively, he began writing both books simultaneously.

In his annotation on al-Maqāsid al-Hasanah, our teacher, the learned Hadīth scholar, Shaykh ‘Abd Allāh al-Siddīq al-Ghumārī describes this work as “a beneficial and lengthy takhrīj work.” This is the description of one who is well versed with its contents, because he was in possession of a manuscript of the book. I wrote to him, requesting that he describe the book, so he replied (may Allāh reward him):

I have a copy of the takhrīj of the hadīths in al-Kashshāf. It is in one volume and does not have a preface. The author exhausted all the prophetic hadīths in al-Kashshāf, but left out many Companion reports because his primary focus was to source the prophetic hadīths. He does not pass a judgment on the authenticity, soundness, or weakness of a hadīth unless he quotes someone else. My copy of the book is new, and in the Egyptian National Library there is a good quality, antique manuscript.

The second book is Mukhtasar [summation of] Ma’ānī al-Āthār by Imām al-Tahāwī. While discussing the scholarly activity surrounding Sharh Ma‘ānī al-Āthār, ‘Allāmah al-Kawtharī mentions this and writes, “Hāfiẓ al-Zayla‘ī is also among those who summarized the book. His summary is preserved in Ruwāq al-Atrāk library (in Azhar) and Köprülü Library in Istanbul.”[8] The third book is Nasb al-Rāyah li Ahādīth al-Hidāyah, which will be studied in detail shortly [not translated here], with the help of Allāh.

Many biographers note a noble academic trait that was pronounced in al-Zayla‘ī: impartiality and the abandonment of madhhab fanaticism. While describing al-Zayla‘ī and his book Nasb al-Rāyah, Hāfiẓ Ibn Hajar writes, “In every chapter, he cites the evidence of the opposition, and in so doing, he exhibits a great deal of fairness. He quotes what he finds without objection…”[9] ‘Allāmah al-Kashmīrī traces the cause of al-Zayla‘ī inculcating this trait to the fact that he was from “the Sūfī mentors whose souls were trained through spiritual exercises and seclusion…”[10]

This trait is manifest in Nasb al-Rāyah. The author was rooted in the Hanafī legal school and then cross-pollinated his knowledge by studying under Ibn ‘Adlān, the teacher of the Shāfi‘ī jurists, and others besides him. Furthermore, he was deeply influenced by al-Imām of Ibn Daqīq al-Īd, who was a Mālikī and Shāfi‘ī scholar, and by Ibn al-Jawzī’s al-Tahqīq and Ibn ‘Abd al-Hādī’s al-Tanqīh, both of whom were Hanbalī scholars.

While we are at it, it is important to clarify that some people are surprised by al-Zayla‘ī’s abandonment of madhhab fanaticism in light of his repeated usage of the phrase “the hadīths of the khusūm (opposition)” whereby he intends the hadīths adduced as proof by the other legal schools; he calls them the khusūm! How does one reconcile the two? The answer is the word khasm is not used as per the common parlance of the general masses, i.e. the enemy or similar usages. In this context, it is in reference to those disagreeing on a given topic. Here is the quote from al-Qāmūs al-Muhīt under the roots khā’, ṣād, and mīm, “Al-khusūmah: debate…a khasim person – on the scale of farih – is a debater.” As such, the intent of al-Zayla‘ī’s statement “the hadīths of the khusūm” is the hadīths of those who hold an opinion contrary to the Hanafīs – it does not mean the hadīths of the enemies! Hence, correct understanding is integral.

In the closing of al-Zayla‘ī’s entry, Ibn Fahd writes, “He (Allāh have mercy on him) passed away on the 11th of Muharram in 762 AH” and that was in Cairo. No one specified the location of his grave.[11] Based on the estimation I postulated for the year of his birth, he lived for 40 years. Allāh have mercy on us, him, and all the Muslims.

[1] Al-Zayla‘ī is an attribution to Zayla‘ from the port cities of Ethiopia [present day Somalia]. A group of scholars are attributed to this place. Most prominent among them are two: the scholar under discussion and his teacher Fakhr al-Dīn al-Zayla‘ī (d. 743 AH), the commentator on al-Kanz.

[2] The following scholars have preferred the former opinion: Hafiẓ Ibn Hajar in al-Durar al-Kaminah (2:417), Ibn Fahd and al-Suyūtī in their respective addendums on Tadhkirat al-Huffaẓ (pp.128 and 362), al-Suyūtī in his Tabaqāt al-Huffāẓ (p.531) and Husn al-Muhādarah (1:359), and al-Laknawī in al-Fawā’id al-Bahiyyah (pp.229-230 – here he relates the disagreement- and p.237 – here he authenticates the former opinion). That the second opinion (Yūsuf ibn ‘Abd Allāh) is preferred is indicated by the fact that his title is unanimously Jamāl al-Dīn, which predominantly is the title of a person whose name is Yūsuf.

Who are The Blind Followers? Why is Taqlid necessary? 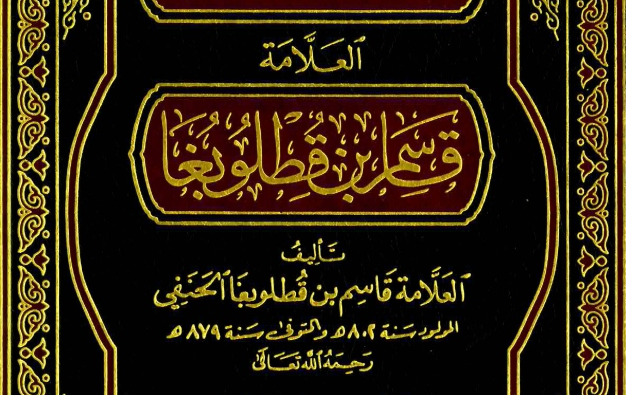