This is an Urdu work, with key proofs also in Arabic, by Faysal Khan (of Pakistan) in defence of the evidences used to substantiate the practice of non-raf’ul yadayn (not raising the hands) in Salah (namaz) after the initial Takbir of Salah as advocated by the Hanafi and Maliki schools of Law. In doing so it is a direct reply to Zubair Ali Zai of Pakistan who attempted to weaken all such proofs used by the named schools of Law.

DISCLAIMER: To the best of our knowledge, it seems as if Faysal Khan is an independent researcher and not a scholar who has graduated from any Islamic Institute of learning from the subcontinent such as a Dar al-‘Ulum. His work has been uploaded as it was written in an academic manner, and he has utilised a number of good arguments and points within it.

The work by Zubair Ali Zai seems to have been used by some of his UK based followers (Abu Khuzaima and Abu Hibban) who published it under the following cover by abridging it in the English language: 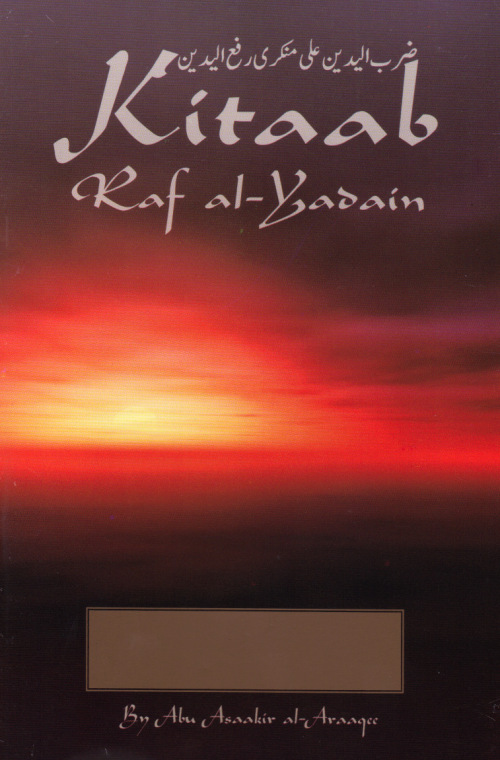